We are a theory group working at the crossroads between Wave Propagation in Complex Media, Non-Hermitian Physics and Theoretical Quantum Optics. In all of these fields we try to identify and solve interesting problems using both analytical and numerical tools. In particular, we aim to bring our results in contact with the experiment, both for a deeper understanding of effects observed in the lab and for coming up with suggestions for new types of experimental studies. If you are interested in more detail, please consult one of our recent reviews [1-3] or read more below on the three major topics we are working on. 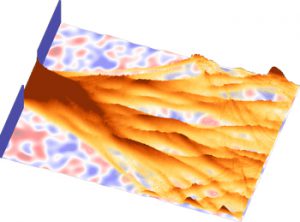 Light scattering in disordered media, as occurring in white paint or in a piece of paper, leads to a seemingly uncontrollable complexity of interferences. The nature of wave scattering is, however, deterministic such that the shape of an incident wave front determines how the wave will propagate through a medium. This insight forms the basis for a series of modern experiments that use spatial light modulators to characterize and to control light fields even in strongly disordered media. Our contributions to this newly emerging field of wave front shaping include, e.g., a concept to generate waves that follow a specific path across a disordered medium [1] or that focus onto a designated point inside of it [2]. Moreover, we also showed how to design waves in order to micro-manipulate a target embedded inside a disordered environment [3]. By tuning the incident wave front we could recently also achieve the first realization of a random anti-laser, i.e. the time-reverse of a random laser in the sense that a random medium was shown to perfectly absorb a suitably engineered wave front [4]. Besides such application-oriented concepts, we also study fundamental aspects of wave scattering in random media [5]. 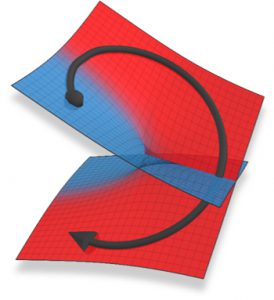 In recent years it was found that systems that are subject to both amplification (gain) and dissipation (loss) display new and unexpected properties. Our group contributes to this intense research effort to explore such non-Hermitian systems theoretically and in close collaboration with experimental teams. We are particularly interested in controlling the scattering properties of materials by tuning the shape of their gain and loss distribution. Using such an approach, we found, e.g., that an opaque medium can be made completely transparent by adding a tailored gain/loss distribution to it [1,2] or that an asymmetric mode-switch can be built from encircling a non-Hermitian degeneracy, also called exceptional point [3]. We were also able to identify that these exceptional singularities have a dramatic influence on the output characteristics of a laser [4] including effects like loss-induced lasing [5].

The quantum nature of the interaction between light and matter is at the heart of many emerging technologies in sensing, communication, and computation. In our research we theoretically study the light-matter interaction at the level of hybrid quantum systems where light couples strongly via a cavity mode to an ensemble of atoms, qubits or spins. In the real world such ensembles typically do not appear as identical copies of the same system but feature an inhomogeneous broadening due to different local environments. The spectral shape of this inhomogeneous distribution turns out to be a key factor for the quantum dynamics in such systems. In our group we focus on the spectral engineering of inhomogeneously broadened spin ensembles such as to protect information that one wants to store in these ensembles from decoherence [1]. We showed that a particularly efficient and easily implementable way to achieve this goal is to burn narrow holes in the spectral distribution [2,3]. To accurately model the dynamics of such hybrid systems, we have developed both semiclassical methods that allow us to study macroscopic spin ensembles (>10^6 spins) [4] as well as efficient renormalization group techniques that can capture the full quantum dynamics of a mesoscopic spin ensembles (≈100 spins) [5].